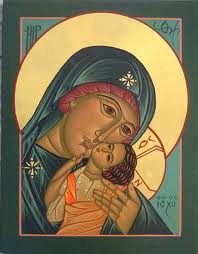 Garabandal, the MMP, Luisa and the Divine Will

Within one year of the Warning, according to Conchita of Garabandal, the Great Miracle will occur at Garabandal, in April, between the 8th and the 16th, on a Thursday, on the feast of a little known Martyr of the Eucharist. Conchita will announce this Miracle eight days beforehand. A permanent sign will then be left at Garabandal and everywhere Our Blessed Mother has appeared. The people of the world will know Jesus is God as a result of this and will have a short time for conversion and repentance. If the world does not repent and convert then the great tribulation and chastisement will follow. In any event, by the year 2000, or thereabouts, we will have the Second Pentecost, the Triumph of the Immaculate Heart of Mary, and the return of Jesus in glory as we enter the New Era of Peace, sin will be no more, an era when heaven and earth will be joined and we have new heavens and a new earth.

This will be the New Era in which Our Lord’s Prayer, “Our Father, Who art in Heaven….Thy Kingdom come, Thy Will be done on earth as it is in Heaven”will at last be fulfilled.

“I confirm to you that, by the great jubilee of the year two thousand, there will take place the triumph of my Immaculate Heart, of which I foretold you at Fatima, and this will come to pass with the return of Jesus in glory, to establish his Reign in the world.  Thus you will at last be able to see with your  own eyes the new heavens and the new earth.”

“The New Era, which I announce to you, coincides with the complete Fulfillment of the Divine Will, so that at last there is coming about that which Jesus taught you to ask for, from the Heavenly Father:  “Your Will be done on earth as it is in Heaven.” This is the time of the Holy Spirit is being accomplished by the creatures.  From the perfect fulfillment of the Divine Will, the whole world is becoming renewed, because God finds there, as it were, His new garden of Eden, where He can dwell in loving companionship with His creatures… Herein, Christ reigns in the splendor of His Glorified Body, and the Immaculate Heart of your heavenly Mother Triumphs in the light of her body, Assumed into the Glory of Paradise.

Solemn promise of Jesus in the Our Father for the advent of the Reign of the Divine Will on Earth.

I was thinking how the Reign of the Divine Will could ever become reality upon the earth, and my beloved Jesus, making his usual little visit to me, said:

“My daughter (Luisa), as Adam sinned, God made him the promise of the future Redeemer. Centuries passed, but the promise did not fail and the generations had the good of the Redemption. Now, as I came from

Heaven and formed the Kingdom of the Redemption, before departing from the earth, I made another promise, more solemn, of the coming of the Kingdom of My Divine Will in the prayer of the ‘Our Father.’

“Furthermore, so that this Kingdom would be more surely obtained, I (Jesus) made this formal promise in the solemnity of My prayer–praying that the Father would let His Kingdom come, and that the Divine Will be done on earth as in Heaven. I wanted to place myself as head of this prayer, knowing that such was the Divine Will of My Father, that, prayed by me, My Father could not have denied Me, much less since, with His own Divine Will, I prayed and asked for a thing desired by My own Father.

“After having formed this prayer before My Celestial Father, confident that he would have accorded Me the Kingdom of My Divine Will upon the earth, I (Jesus) taught it to My Apostles so that, in their turn, they might teach it to all the world. Thus one would be the cry of all: ‘Your Will be done on earth as in Heaven.’ Promise more certain and solemn could not have been made. The centuries for Us (Triune God) are as one point alone, and Our Words are Acts and Deeds accomplished; thus centuries have passed, but the Kingdom of the Divine Will certainly will come.

“My very prayer to the Celestial Father: ‘Come. Your Kingdom come, your Will be done on earth as in Heaven,’ signifies that with My coming upon the earth, I (Jesus) did not come to establish the Kingdom of My Divine Will. Otherwise, I would have said: ‘My Father, may Our Kingdom which I have already established upon the earth be confirmed and Our Will Rule and Reign.’ Instead, I said ‘Come,’ which signified that It must come, and creatures must await It with that certainty with which the Hebrews awaited the future Redeemer.

“There is My Divine Will, bound and committed in those words of the ‘Our Father’; and, when It is bound, what It promises is more than certain. Even much more so, since all was prophesied by Me (Jesus). There is not lacking other than the Manifestations of My Kingdom; and thus I am already doing. Moreover, if I manifest so many truths about my Fiat, it is not to give a simple report, no, but because I want that all know that Its Kingdom is near, and that they appreciate Its beautiful prerogatives–so that all live and yearn to enter to Live in a Kingdom so Holy, Full of Felicity, and all Good Things. Therefore, that which to you seems difficult, to the power of our Fiat is easy, because our Fiat knows how to remove all difficulties and conquer everything as It wishes, and when It wishes.”

(Words of Our Lord to Luisa taken from various Volumes)

…Its First Fulfillment, My Daughter (Luisa), I (Jesus) want from you… This is why I (Jesus) often speak to you about Living in My Divine Will, which until now I (Jesus) have not Manifested to anyone. At most they have known the shadow of My Divine Will, the Enchantment, the Sweetness which doing It contains. But to penetrate there within, to embrace Its Immensity, to multiply oneself in Me and penetrate every- where (even while being on earth), into Heaven and into hearts, to give up the human ways and to work with the Divine Ways, this is not yet Known; such that it will appear strange to not a few. And he who does not have his mind open to the Light of the Truth will not understand anything about it; but, little by little, I (Jesus) shall make My Way…

The Theme which your Jesus asks of  you is the Most Noble Theme that can exist: that is of the Eternal Will … When I speak to you of My Divine Will, which is My whole Self, there goes out from Me a Life, which is the Greatest Gift which exists. I AM eager to see if men are capable of receiving It…. This Knowledge will be a Powerful Magnet which will draw creatures. It will bring them to Receive the Inheritance of My Divine Will; and it will at last bring to light the Second Generation of the Sons of Light, the Sons of the Divine Will. Be attentive, My Daughter (Luisa), because you will be the spokesman, the bell, which will call together this generation of My Predilection, so ardently desired by Me.

The world Finds itself in the precise situation that existed when I (Jesus) was about to come upon the earth. All were in expectation of a Great Event, of a New Era; as in fact did come to pass. And so it is now. With the Great Event which must come to pass – the New Era in which the Will of God is done on earth as in Heaven – all are in expectation of this New Era, weary of the present, but without knowing what this New Thing will be – this change – as they did not know it when I came upon the earth.

In My All-seeingness I see that these writings will be for My Church as a New Sun that will Rise in her midst; and, attracted by Its Radiant Light, they will be diligent in Transforming themselves into this Light and go out Spiritualized and Divinized; wherefore, Renewing the Church, they shall Transform the face of the earth…. Thus, in view of the Good that I (Jesus) see, I urge you (Luisa) to omit nothing in writing.

THE SECOND COMING OF CHRIST IN GLORY

Excerpt from a speech by Father Stefano Gobbi

“Dear Mother (Father Gobbi turns to the statue of Our Lady next to him), forgive me, I am not pleased that the serpent is here but I am pleased that You crush its head—crush it!

“In this complete fulfillment of the Divine Will the creation will be almost transposed into an original state, in a state of a new earthly paradise, in which all creatures will say YES to the Divine Will of the Heavenly Father.

“Here in Italy, a certain woman named [Luisa] Piccarreta, [Servant of God,] whose beatification is in progress, wrote a great book about Divine Will. Once when I was in Mexico, I was shown passages of the book, which related to so many topics about which our book [To the Priests: Our Lady’s Beloved Sons] also speaks.

“Let me cite a passage from this book [The Book of Heaven] by [the Servant of God, Luisa] Piccarreta. She says that 2000 years after creation came the Great Flood so that the water would cleanse mankind; and 2000 years later, came the flood of the Blood: the Redemption; and still 2000 years hence, there will be the flood of fire—a spiritual fire, I believe—and finally the Kingdom of [the] Divine Will will come upon this world: because every creature will fulfill the Divine Will of God in a complete way.

“This is what I think, that the Second Coming of Christ in glory will bring this Kingdom of [the] Divine Will.

Editor’s Note: The YES of the children of God is that FIAT (Let it be done) we learn from the Servant of God, Luisa Piccarreta.