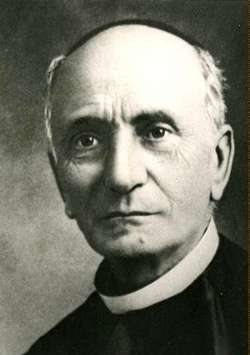 Saint Hannibal Di Francia left this beautiful witnessing about Luisa, part of which is here reported:

“…She wants to live solitary, hidden and unknown. For no reason in the world would she have put in writing the intimate and prolonged communications with adorable Jesus, since her most tender age until today, and which still continue who knows until when, if Our Lord Himself had not repeatedly obliged her, both personally and through holy obedience to her Directors, to which she always surrenders with immense violence on herself and also with great strength and generosity, because the concept of holy obedience that she has would make her refuse even an entrance into Heaven, as it actually occurred…

The substance is that this soul is in a terrible fight between an overwhelming love of hiddenness and the inexorable empire of Obedience, to which she absolutely must surrender. And Obedience always wins. This constitutes one of the most important characters of a true spirit, of a solid and tested virtue, because she has been submitting to the dominion of the great Lady Obedience, with strongest violence against herself, for about forty years!

This solitary soul is a most pure virgin, all of God, who appears as object of singular predilection of Jesus, Divine Redeemer. It seems that Our Lord, Who century after century increases the wonders of His Love more and more, wanted to make of this virgin with no education, whom He calls the littlest one that He found on earth, the instrument for a mission so sublime that no other can be compared to it – that is, the triumph of the Divine Will upon the whole earth, in conformity with what is said in the Our Father: Fiat Voluntas Tua sicut in Coelo et in terra.

This Virgin of the Lord has been placed in bed as victim of Divine Love for more than 40 years, since the time she was still adolescent. This has been a state of a long series of pains, both natural and supernatural, and of raptures from the eternal Charity of the Heart of Jesus. Origin of these pains, which exceed every natural order, has been almost continuously an alternate privation of God… 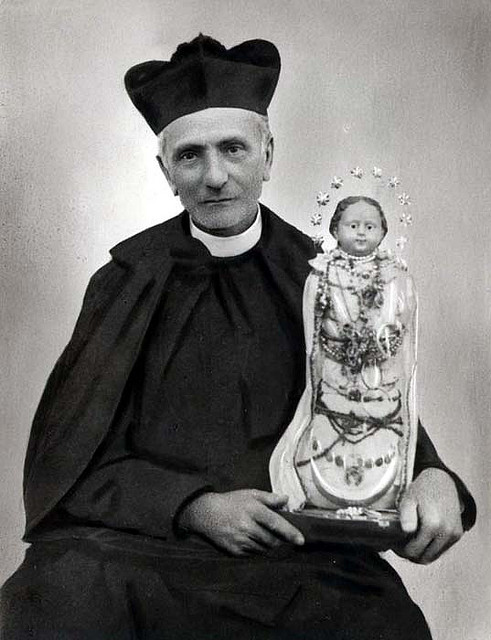 The sufferings of the body add to those of the soul, and occur at mystical level for the great part. With no sign appearing on her hands, feet, side or forehead, she receives frequent crucifixion from Our Lord. Jesus Himself extends her upon a cross, and pierces her with nails. And then it happens within her what Saint Terese says, when she received the wound from the Seraphim – that is, a sharpest pain such as to make her faint, and at the same time a rapture of love.

But if Jesus did not do so, it would be for this soul an infinitely greater spiritual suffering, because, like the Seraphim of Carmel, she also says: To suffer or to die. This is another sign of the true spirit…

After having mentioned her long and continuous staying in bed as victim, for years and years, with the participation of many spiritual and physical sufferings, it may seem that the sight of this unknown virgin should be afflicting, as though seeing a person laying down with all the sign of past sufferings, present pains and similar things.

Yet, here there is something admirable. In seeing this Spouse of Jesus Crucified who spends the night in painful ecstasies and in sufferings of every kind, during the day sitting on her bed doing her needlework – nothing, nothing appears, absolutely nothing, of one who has suffered so much during the night; nothing, nothing extraordinary or supernatural in her air. Instead, she appears as a healthy person, happy and jovial. She speaks, talks, laughs at the occurrence, but receives few friends.

Sometimes some troubled heart confides in her, and asks for her prayers. She kindly listens and comforts, but never advances to make prophecies, never a word which might refer to revelations. The great comfort which she presents is always one, always the same: the Divine Will.

Although she possesses no human knowledge, she is abundantly endowed with a Wisdom, all celestial, with the Science of the Saints. Her words illuminate and console. By nature her intellect is not poor. She studied to first grade when she was little; her writing is filled with errors, although she does not lack appropriate terms in conformity with the revelations, terms which seem to be infused by Our Lord.

A note of the great detachment of this soul from any earthly thing is her firmness and constancy in accepting no gifts, of money or anything else. On more than one occasion, people who read the “Hours of the Passion” and in whom a sense of sacred affection for this solitary and unknown soul arose, wrote me that they wanted to send her some money. But she opposed so firmly, as if they had offended her.

Her way of living is very modest. She possesses little, and lives with a loving relative who assists her. Since the little that they have is not enough to pay the rent and for their support in these sad times of expensive living, she peacefully works, as mentioned before, and earns something from her work, which has to serve especially to her loving relative, because she has no expenses for food or shoes. Her food is of a few ounces per day, which are offered to her by her assistant, because she never asks for anything. Furthermore, a few hours after she has taken that scarce food, she brings it up. However, her appearance is not of a dying person, but not even of a perfectly healthy person. Yet, she is not inactive; rather, she consumes her strength, both with the supernatural events of sufferings and strain during the night, and with her work during the day. Her life is therefore almost a perennial miracle.

To her great detachment for any earning which is not procured with her hands, one must add her firmness in never accepting anything from the edition and sale of the Hours of the Passion, which would be due to her by right as literary property. As I pressed her not to refuse it, she answered: “I have no right, because the work is not mine, but of God.”

I will not continue. The life of this virgin, Spouse of Jesus, is more celestial than terrestrial. She wants to be ignored and unknown in the world, looking for nothing else but her Jesus and Her Most Holy Mother, whom she calls Mama, Who has a special predilection for this soul.”