“Unfortunately, the Catholic Church is led by many false pastors,” stated Viganò in a June 3 letter to priests and laity of the archdiocese of Washington.

“Over the past twenty years, your [archdiocese] of Washington, in particular and now for the third time, has been and continues to be deeply afflicted and wounded by false shepherds whose way of life is full of lies, deceits, lust and corruption. Wherever they have been, they were a cause of serious scandal for various local Churches, for your entire country and for the whole Church,” he continued.

Archbishops of Washington immediately preceding Gregory were Cardinal Donald William Wuerl (implicated in sex abuse cover-ups) and ex-cardinal Theodore Edgar McCarrick (credibly accused of abusing seminarians and accused of serial sex abuse). It is suspected that Wuerl had some hand in securing his successor. Gregory is known for his support for homosexuality and other unorthodox positions.

“Do not follow them, as they lead you to perdition. They are mercenaries. They teach and practice falsehoods and corruption!” stated Viganò.

“Follow with perseverance the teachings and examples of the holy pastors and priests who are among you,” he added.

After his visit to the shrine, established and operated by the Knights of Columbus, President Trump planned to return to the White House to sign an executive order on international religious freedom.

“I find it baffling and reprehensible that any Catholic facility would allow itself to be so egregiously misused and manipulated in a fashion that violates our religious principles, which call us to defend the rights of all people even those with whom we might disagree,” said Gregory in a statement released the very hour of Trump’s visit….

A spokesperson for the shrine indicated on Tuesday that the White House had scheduled the president’s visit long before the recent violent uprisings in cities across the nation, countering Gregory’s implication that this was nothing more than a political photo op….

The above comes from a June 3 story in LifeSiteNews. 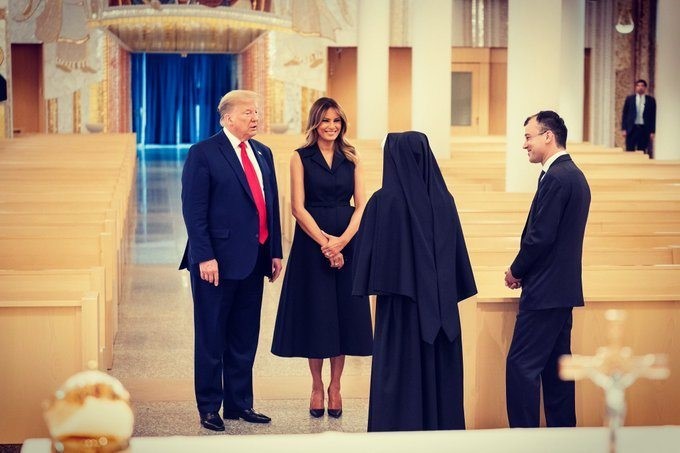 In the Chapel of the Luminous Mysterys 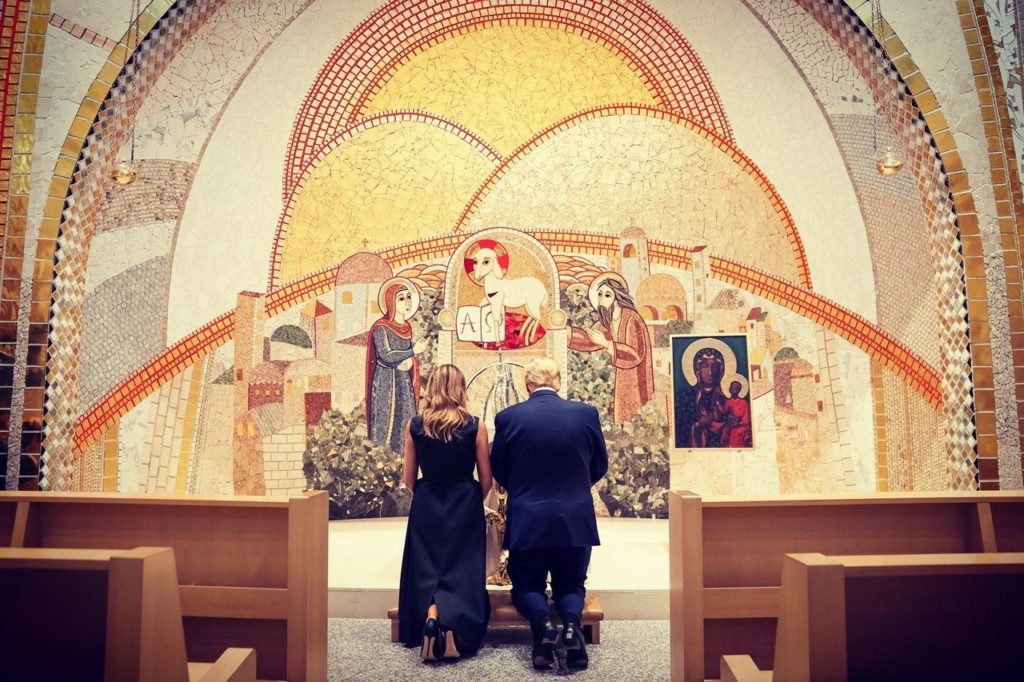 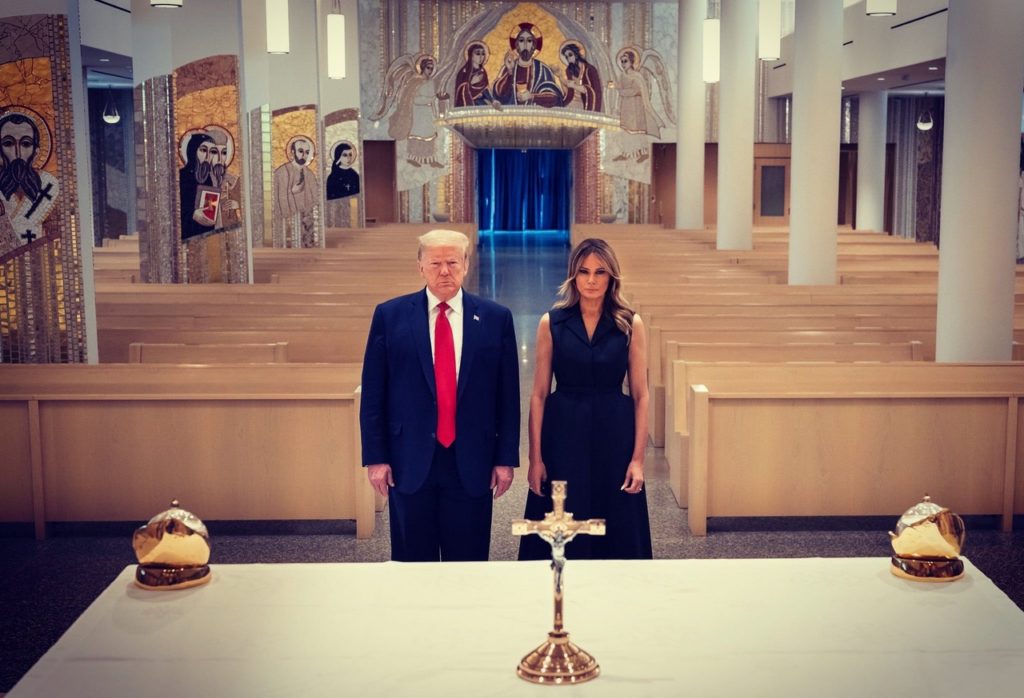 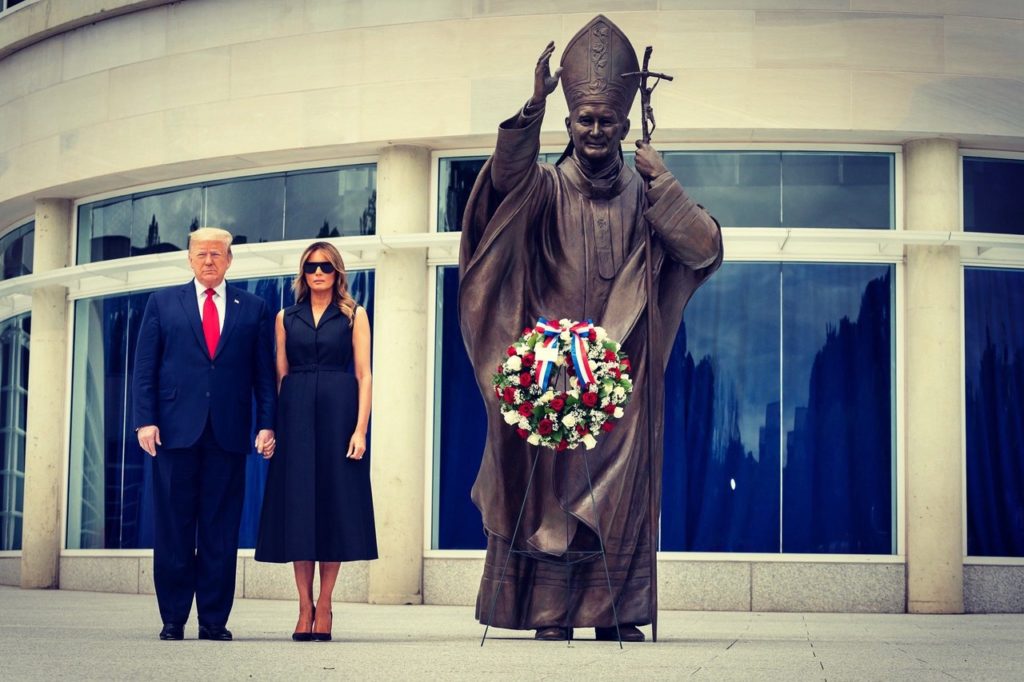