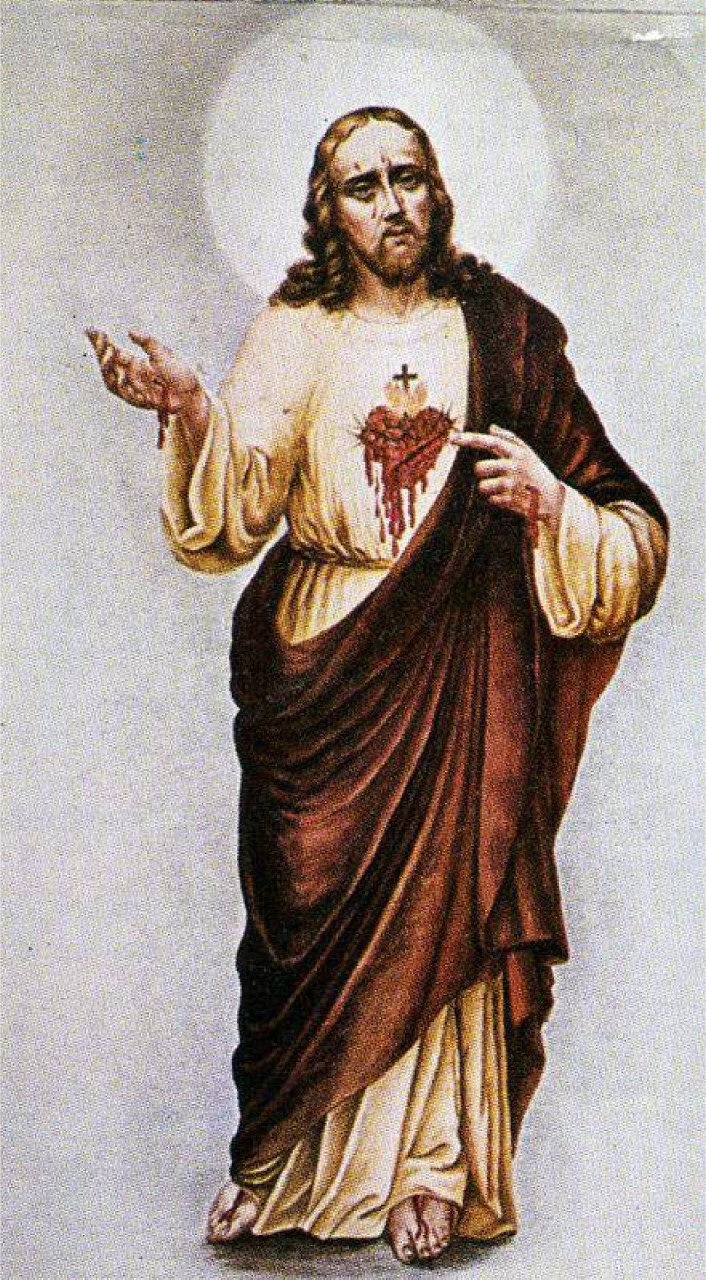 Jesus said that; “His Heart was broken and slashed by the sins of mankind. But He had an even deeper wound, that people do not believe in God.”

List of Promises of our Merciful Savior to Sr. Claire Ferchaud, Loublande / France:

“I come, not to bring terror among you; I am the God of love, the God who forgives and wants to save you all.”

“My grace will work with great power on sinners who, without contrition, kneel before the picture of My Broken Heart, so that they will arise converted.”

“I will forgive their sins, even before the absolution, to those who with a true love kiss the picture of My Broken Heart.”

“My glance will touch the hearts of the indifferent and will inflame them with fervor so that they will practice goodness.”

“A single act of love, with the plea for forgiveness towards this picture, will be enough for Me to open heaven to the soul which, in the last hour, must appear before Me.”

“When some refuse to believe in the truths of the (Catholic) religion, one can put the picture of My Broken Heart in their room (dwelling) without their knowledge. It will bring, through the wonder of graces, sudden and supernatural conversions.”

This is what is said to have transpired when Jesus appeared to Claire. “He bared his sacred heart, and told her that God was on the side of France, and would lead the country to victory – so long as the country confessed its sins and rediscovered its true faith. Jesus pointed towards the wound on his heart, and explained “This signifies the official atheism of France.” Since the revolution, the French had denied their faith and substituted secular laws for the Gospel.”