Dear brothers and sisters, Fiat!
The Gospel of Luke, in the passage of Jesus’ journey toward Jerusalem, presents to us some messages that mean to descend into peoples’ heart. Jesus sees a lot of people who follow Him and therefore He turns back and explains what Christianity involves. Jesus is achieving a great fame and many people are attracted to Him but, as it often happens, the amount of people does not correspond to the quality and transparency of the life style. Jesus speaks openly and says that whoever does not carry his cross and follow Him cannot be His disciple.

Then He piles it on when He says to hate loves one because of the Gospel. The context makes us understand that to hate must not be interpreted in the sense of going against the fourth commandment, but it actually means “to love less than” or “to put behind”.

Jesus says that it is not easy to follow Him because you have put Him in first place always, so not even family links can impede God’s lordship over man.

Then Jesus mentions two parables taken from the Jewish context, but they refer to all times.

The first parable concerns a builder and the second a king, with a similar message: before starting any endeavour, you have to pause and reflect and to consider whether you are able to complete the work. The architect and the king accomplish this kind of effort, why doesn’t the Christian work in this perspective?

Jesus, at the end, reiterates the saying of being peoples capable of giving up all our possessions to gain eternal life.

Sometimes we take these passages lightly, or we say that they are too challenging.

But if we go down deep, we can see that we must grow and that it is important to make choices consistent with our belief. The radicality of the evangelical choice invites us not only to assert some ideas, but to accomplish them, even if we are aware of the cost of that choice. If we are called to choose between Jesus and money, pleasure or a career lived in such a way to destroy other people, we must undoubtedly choose Jesus. He invites us to meditate and consider if we want to become Christians or not , avoiding the risk of being tepid people or keeping a foot in both camps.

The Gospel seems to tell us to empty ourselves of all that is human, so that our will may rise up to Heaven and the Divine Will descend upon earth

Nothing enters into Heaven to live communal life with God, if it not completely divinized and transformed completely into Him; nor can His Divine Will descend upon earth and carry out Its Life as within Its own center if It does not find the human will emptied of everything, so as to fill it with all the goods which God’s Will contains.

So the human will be nothing other than a most thin veil, which will serve Him to cover Himself and to dwell inside of it, almost like a consecrated host, in which God forms His Life, He does all the good He wants, He prays, He suffers, He enjoys. And the host does not oppose – it leaves Him free; its office is to be there to keep Him hidden, and to comply in mute silence to preserve His Sacramental Life.

This is the point we are at: our will entering Heaven, and God’s Will descending upon earth. Therefore, our will must no longer have life – it must have no reason to exist.

The same happened to Jesus’ Humanity: though It had a human will, this will was all intent on giving life to the Divine Will. It never arbitrated itself, not even to breathe on its own, but its breath also it would take and give in the Divine Will. This is why the Eternal Will reigned in His Humanity on earth as It does in Heaven, It lived Its terrestrial Life in It, and Jesus’ human will, fully sacrificed to the Divine, impetrated that, at the appropriate time, the Divine would descend upon earth to live in the midst of creatures, just as It lives in Heaven.

Jesus entrusts Luisa an important task – to live in the midst of the Most Holy Trinity and to make all that is theirs hers own, and to give it to Them on behalf of her brothers; so that, drawn by what is Theirs, They may be bound to the human generations, and give them, once again, the supreme kiss of the union of their will with God’s Will, which He gave man in Creation.”

Today we have changed the order of values, so what is necessary has become superfluous; having, appearances and power have become the criteria of our life, and we have lost the sense of simplicity, of listening, of dialogue, of silence, of reflection.

We are full of things, but empty of meaning and hope. This is the greatest poverty that we are experiencing today. May the Lord grant us the strength to put into practice these teachings through clear choices to be lived in faith, even at the cost of paying personally. 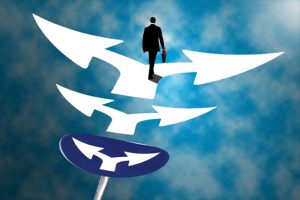 The spiritual works of mercy

Luisa in the world