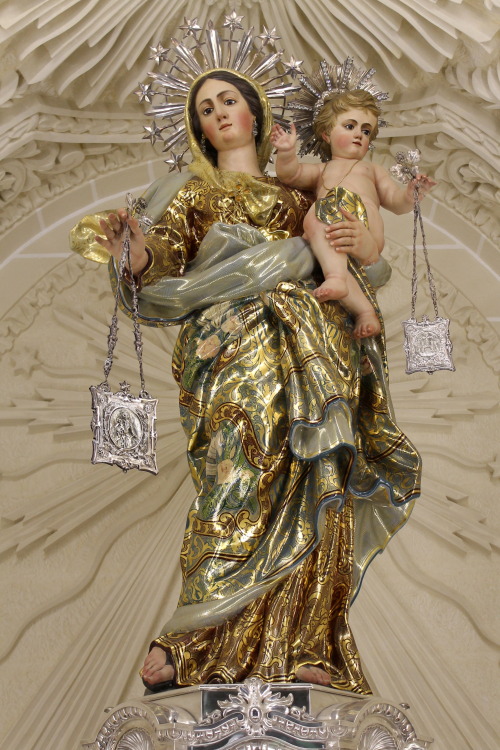 The Story of Our Lady of Mount Carmel

Hermits lived on Mount Carmel near the Fountain of Elijah in northern Israel in the 12th century. They had a chapel dedicated to Our Lady. By the 13th century they became known as “Brothers of Our Lady of Mount Carmel.” They soon celebrated a special Mass and Office in honor of Mary. In 1726, it became a celebration of the universal Church under the title of Our Lady of Mount Carmel. For centuries the Carmelites have seen themselves as specially related to Mary. Their great saints and theologians have promoted devotion to her and often championed the mystery of her Immaculate Conception.

Saint Teresa of Avila called Carmel “the Order of the Virgin.” Saint John of the Cross credited Mary with saving him from drowning as a child, leading him to Carmel, and helping him escape from prison. Saint Thérèse of the Child Jesus believed that Mary cured her from illness. On her First Communion day, Thérèse dedicated her life to Mary. During the last days of her life she frequently spoke of Mary.

There is a tradition–which may not be historical—that Mary appeared to Saint Simon Stock, a leader of the Carmelites, and gave him a scapular, telling him to promote devotion to it. The scapular is a modified version of Mary’s own garment. It symbolizes her special protection and calls the wearers to consecrate themselves to her in a special way. The scapular reminds us of the gospel call to prayer and penance—a call that Mary models in a splendid way.