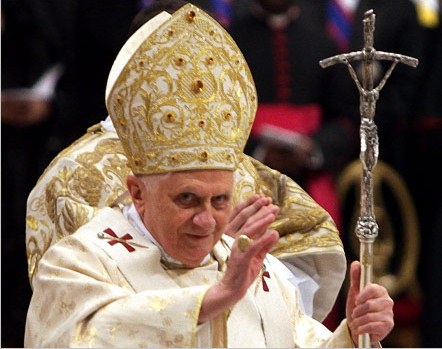 VATICAN CITY, FEB. 1, 2012 (Zenit.org).- Benedict XVI says that earth can become a place of love, goodness, truth and beauty if the will of God is done here, as it is in heaven.

The Pope made this reflection as he spoke today at the general audience about Christ’s prayer in Gethsemane, saying that “nowhere else in sacred Scripture do we gain so deep an insight into the inner mystery of Jesus as in the prayer on the Mount of Olives.”

“In Jesus’ prayer to the Father on that terrible and wondrous night of Gethsemane, ‘earth’ became ‘heaven’; the ‘earth’ of his human will, shaken by fear and anguish, was assumed by the divine will, so that the will of God might be accomplished on earth,” the Holy Father said.

He added that this is “important for our prayer as well.”

The Holy Father explained the stages of Christ’s prayer in the garden, noting how “Jesus ‘alone’ turns to the Father.”

“The Evangelist Mark tells us that, ‘going a little farther, he fell on the ground and prayed that, if it were possible, the hour might pass from him’ (14:35). Jesus falls face to the ground: It is the prayer posture that expresses obedience to the Father’s will — a total, trusting abandonment to him. […]

“Jesus continues by asking the Father that, if it were possible, this hour might pass from him. This is not only the fear and anguish of a man faced with death; it is the inner turmoil of the Son of God, who sees the terrible flood of evil that he must take upon himself in order to overcome it, to deprive it of its power.”

Benedict XVI said this is a lesson for our prayer: “[W]e too must be capable of bringing before God our struggles, the suffering of certain situations, of certain days, the daily undertaking of following him, of being Christians, and also the weight of evil that we see within ourselves and around us, so that he may give us hope, that he may make us feel his closeness and give us a little light on the path of life.”

The Holy Father reflected on Jesus’ own struggle, as he — unlike Adam and Eve — “draws the human will back to its full ‘yes’ to God. […] His human will is drawn into the ‘I’ of the Son, who abandons himself totally to the Father.”

“Thus,” the Pope said, “Jesus tells us that it is only in conforming one’s own will to the divine will that the human being attains his true greatness, that he becomes ‘divine’; it is only by going out of himself — only in his ‘yes’ to God — that the desire of Adam and of us all is fulfilled — that of being completely free. This is what Jesus accomplishes in Gethsemane: by placing the human will within the divine will the true man is born, and we are redeemed.”