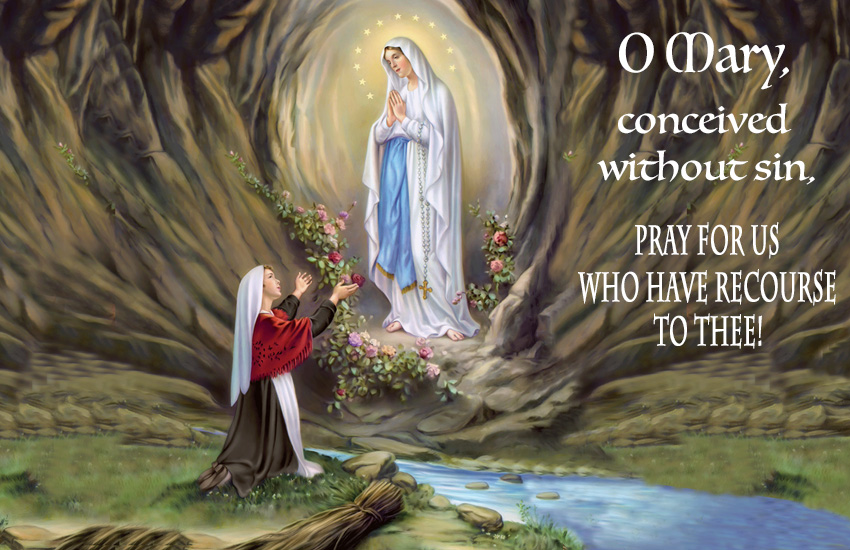 February 11 – Feast of Our Lady of Lourdes
On December 8, 1854, Pope Pius IX proclaimed the dogma of the Immaculate Conception in the apostolic constitution Ineffabilis Deus. A little more than three years later, on February 11, 1858, a young Lady appeared to Bernadette Soubirous. This began a series of visions. During the apparition on March 25, the Lady identified Herself with the words: “I am the Immaculate Conception.”

From the OUR LADY OF AMERICA booklet(below) – the 11th of 12 Ways Our Lady Appeared:
“Our Lady of Lourdes” (The Immaculate Conception) – “I had another of those “experiences” of which you have already heard, Father, many times. Though I had not at that time been thinking of Her, She suddenly appeared at my side. This person was none other than St. Bernadette. She did not come as a Sister but as the little peasant girl who saw “The Lady”. I was transported, somehow, with her, to the Lourdes Grotto in France. We stood a short distance away from it looking up into the niche which was filled with Light. In the midst of this brilliant Light I saw “The Lady” (the Immaculate Conception), so Beautiful, so Glowing, as it were, in Light that I could scarcely see the outline of Her figure. It was Brighter than any light I have ever seen. It was a Light All-Heavenly and Full of Glory. I was transfixed. Then suddenly the figure of Our Lady seemed to dissolve in the Light but the Brilliant Light itself remained. Then I saw a path, at times it seemed to take the form of steps, leading upwards from the niche where “The Lady” had been standing. Every so often as I gazed at this Luminous Pathway, I caught a glimpse of Angels. I was anxious to follow the Path of Light and as I eagerly endeavored to do so, Bernadette held me back. Then I exclaimed, “But I want to go there.” The Saint answered, “No, my sister, it is not yet time for you, but it will be soon.” (Sister to Rev. Leibold 4/12/58)

“Our Lady has asked that a statue be made as she Appeared on the Sept. 26th, 1956 (Pictured on cover – Our Lady of America). After being solemnly carried in procession in the Shrine of the Immaculate Conception in Wash. D.C., She desires that there it be enshrined in the place of honor and to be venerated there, in a special way as ‘Our Lady of America, the Immaculate Virgin’. It is at this Shrine She has Promised to Work Wonders. She Desires also that a small statue or picture of this same likeness be honored in every home.”

Our Lady of America’s Request of 64 years ago remains, to have Her Bishops process Her statue into Her Basilica in Washington D.C. and give Her a place of honor there. “I come to you, O children of America, as a last resort. I Plead with you to listen to My Voice.” (Sister to Rev. Leibold 11/15/56)

On February 11, 1951, the Lady of All Nations dictates to the seer a new prayer directed to Jesus, beseeching him to for a New Pentecost through the Advocacy of Mary, in order to prevent “degeneration, disasters and war.”

Lord, Jesus Christ,
Son of the Father,
Send now your spirit over the earth.
Let the Holy Spirit live in the hearts of all nations,
That they may be preserved from degeneration, disasters, and war.
May the Lady of All Nations, the Blessed Virgin Mary,
Be our Advocate. Amen.

Further instructions from Our Lady direct that this “Prayer of the Lady of All Nations” should be spread throughout the world in preparation for the new dogma.

“I stand here and come to tell you that I wish to be Mary, the Lady of All Nations. Look carefully. I am standing before the Cross of the Redeemer. My head, hands and feet as of a human being, as of the Son of Man; the body as of the Spirit. I have firmly placed my feet upon the globe, for in this time the Father and the Son wants to bring me into this world as Co-Redemptrix, Mediatrix and Advocate. This will be the new and final Marian dogma. This image will precede. This dogma will be much disputed, yet it will be carried through…”

The single most significant message of the entire Amsterdam apparitions concerning the dogma occurs on May 31, 1954, at that time, the feast of Mary, Mediatrix of all Graces. Our Lady will invoke theologians and bishops (apostles) to work and ask for the dogma, instructing them that “you must petition the Holy Father for this Dogma.” Our Lady will grant a vision which explains the three titles in one whole; a further vision of the Holy Father in St. Peter’s Basilica pronouncing the dogma; as well as the promise that once the dogma is declared, the Lady of All Nations will bring peace, true peace, to the world.

Perhaps Our Lady of America is awaiting Her procession in the Basilica of the Immaculate Conception in Washington DC as She requested of Her children of the United States as Her “last resort”, to then grant the Grace for the fulfillment of Her Wishes at Fatima (Consecration of Russia to Her Immaculate Heart) and the 5th Dogma – Mediatrix, Co-Redemptrix and Advocate!!
THE FIRST REQUEST IS TO HER BISHOPS OF THE USA, THE NEXT TWO ARE TO THE HOLY FATHER! 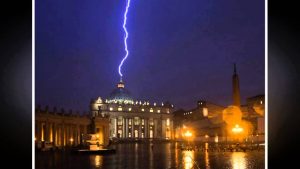 Our Lady of America – The Immaculate Virgin Pray for us!! 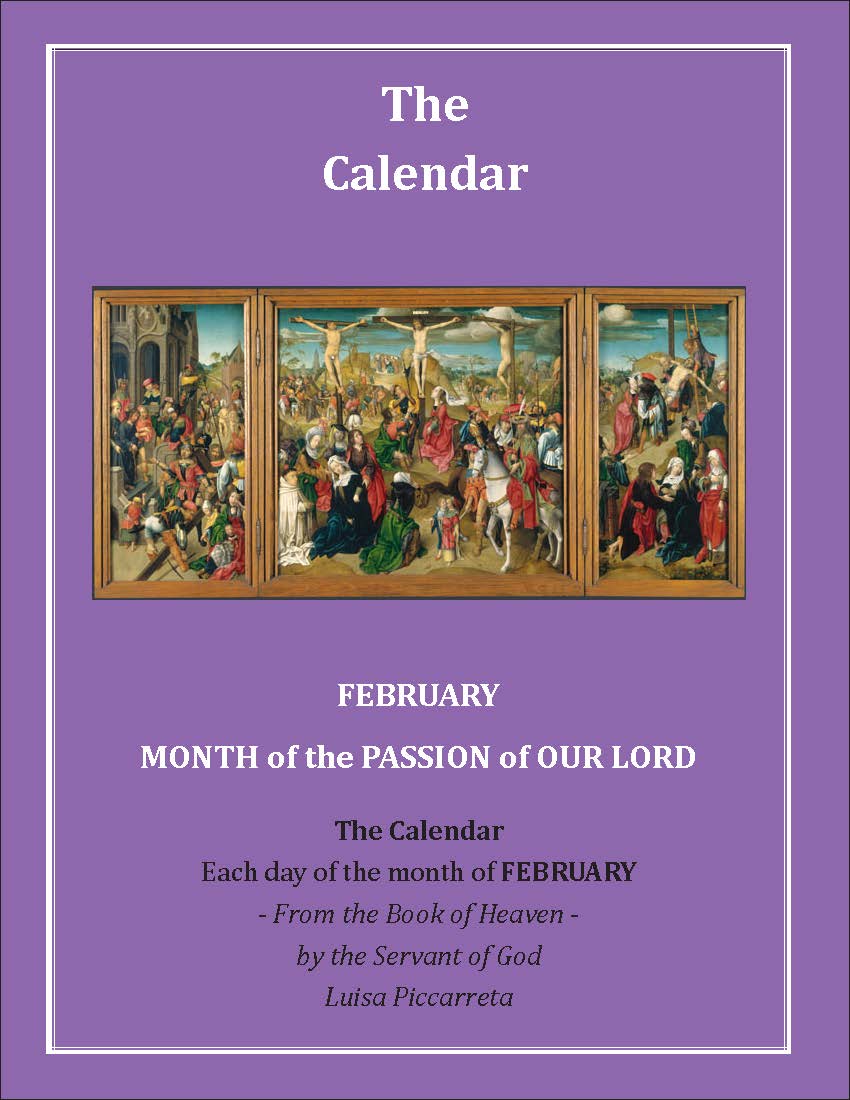