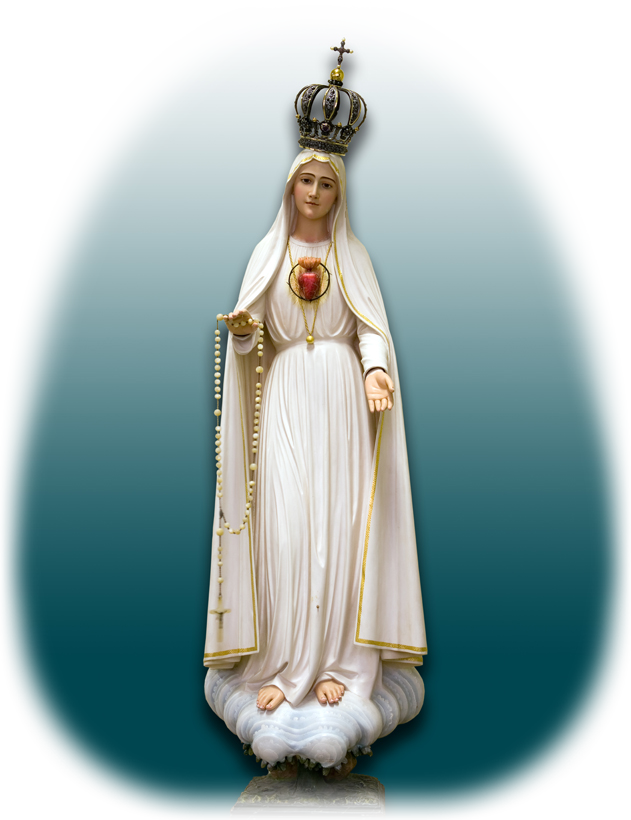 Under the pretext of providing his personal automobile, so that the children could travel safely through the crowds pressing around their homes, the civil Administrator or Mayor of the district in which Fátima was located, arrived in Aljustrel on the morning of August 13th. A

previous attempt on August 11th to obtain the “truth” from the children having been unsuccessful, Artur Santos, an apostate Catholic and high Mason, had devised a scheme by which he would take them into custody and force them to reveal all. With a show of good will he now offered to take the three and their parents to see the parish priest, whom he claimed wished to see them, and then to the Cova. At the parish house he abandoned this ruse, and the parents, taking the children alone from there to the district headquarters in Vila Nova de Ourem, some 9 miles away. Here he tried bribes, threats of death and locking them in a cell with other “criminals” in order to get them to recant their story. It was to no avail. Despite their ages, their belief in the Lady and their courage was unshakeable.

Meanwhile, in the Cova at noon on the 13th the characteristic external signs of the Apparition appeared for the benefit of the crowd, the greatest crowd to that time. After they ended the crowd dispersed, as yet unaware of the trickery of the government.

The “trial” of the children, however, continued for two days, to the consternation of their families. Finally, on the Feast of the Assumption, August 15, the Administrator had them driven back to Fátima and deposited on the steps of the rectory. Here they were seen as the people, who had just come from Mass, were trying to determined from Ti Marto where the children were. Their anger was poured out on the driver, and on the Mayor when he arrived a little later, both of whom were no doubt glad to be rid of their little charges and to escape unscathed. It would effectively be the only serious effort of the civil authorities to interfere with the Lady of Fátima.

As it was the Lady’s plans were delayed slightly. On Sunday the 19th Lucia, her brother John, and Francisco, were grazing the sheep at a place known as Valinhos. It was located on the side of the same hillock opposite Aljustrel where the angel appeared twice, though a little farther north. At apout 4 o’clock, sensing that Our Lady was about to appear, Lucia tried unsuccessfully to get John to fetch Jacinta, until she offered him a couple pennies for the errand. As she and Francisco waited they saw the characteristic light. The moment Jacinta arrived the Lady appeared.

Come again to the Cova da Iria on the thirteenth of next month, my child, and continue to say the Rosary every day. In the last month I will perform a miracle so that all may believe.

“What are we to do with the offerings of money that people leave at the Cova da Iria?”

I want you to have two ardors [litters to carry statues] made, for the feast of Our Lady of the Rosary. I want you and Jacinta to carry one of them with two other girls. You will both dress in white. And then I want Francisco, with three boys helping him, to carry the other one. The boys, too, will be dressed in white. What is left over will help towards the construction of a chapel that is to be built here.

Lucia then asked for the cure of some sick people.

Some I will cure during the year.”

(looking sadly at them) Pray, pray very much. Make sacrifices for sinners. Many souls go to hell, because no one is willing to help them with sacrifice.

Having said that she departed as she had on the other occasions.