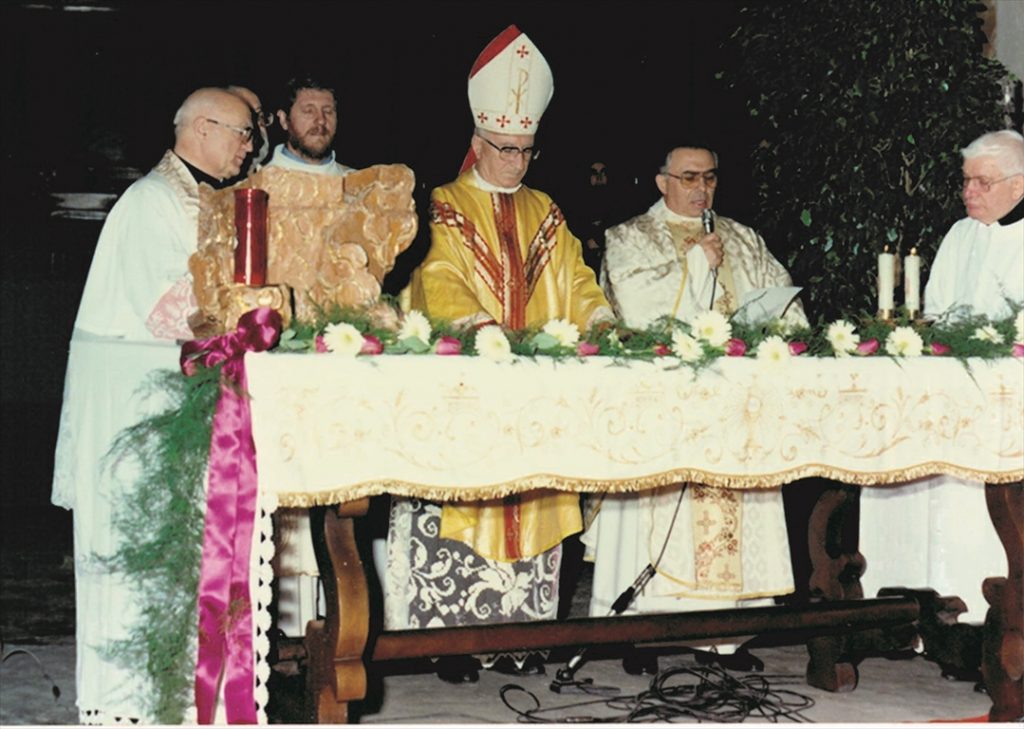 On  October 24, 2017, Fr. Felice Posa returned to the Father’s house after 62 years of priesthood. He was a spiritual son of Fr. Pasquale Uva and ordained a priest on August 14, 1955. He became Vicar General for the diocese of Bisceglie, Director of the “Don Uva” Health Institute in Bisceglie and a close associate of Fr. Pasquale.

On August 9, 1994, Fr. Felice was appointed first Postulator of the Cause of Beatification and Canonization of the Servant of God, Luisa Piccarreta, and held this office until 2001.

The Association Luisa Piccarreta Little Children of the Divine Will fondly remembers his moral qualities and the praiseworthy commitment made by him in setting up the works on the Cause, supported by his faith and love for the spirituality of the Divine Will. We entrust Him to the mercy of God. We are confident that our Heavenly Father welcomed him in the Kingdom of His Supreme Fiat giving him the greatest joy: living in Him and in His Will.